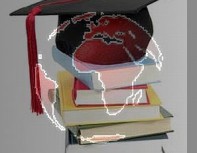 Why are African Elites Not Delivering? 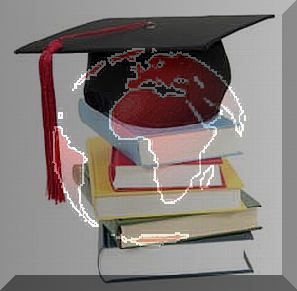 I have given up attending stale, non-collateral and non-productive events and programs organized by Africans in Diaspora. And definitely, not one to go hear a holder of PhD. Africans like the glamour of education but not the strength, determination, problem solving ability, practicality and confidence that comes from the knowledge gained.

Very few holders of PhD impress me. I am not given to the display of education gotten by mere regurgitation and cramming of theories handed down through moribund practices. Those I like are doers! An example, my father who at age 27, in 1955, built a Teachers Training College in my village and was Chief at 31 and youngest Member Eastern Nigeria House of Chiefs, at 32, Member Biafra Consultative Assembly during Nigeria Civil war, all that with only a high school certificate. Go look around; those that impacted the world and keep doing so, were and are men and women of passion, hard work and dedication, motivated by an inner drive to make positive difference. They have never shied from taking on conventional wisdom that limits and shackles a people.

Until Africans in Diaspora; UK and US, achieve a level of political presence and measure of economic success whereby they can lobby and promote a sense of well being for their native countries, the campaign of some like Dr. Christopher Fomunyoh, is just echoes. Most Africans possess a destructive PhD: Permanent Head Damage instead of a constructive PhD: Passion Hard work and Dedication. Now what is your PhD?

Going to hear and listen to talk about Democracy in Africa and its democratization is very depressing! Africa focuses on democracy without good governance: They are not the same. One can have democracy but lack good governance and vice versa. What Africa needs is good governance; benevolent leaders and functioning institutions tailored and suited to the way of life of the people. Democracy is not a panacea for economic development. Many countries are not democratic but have emerged as responsive.

The West’s insistence that Africa democratize is because Africa is lumped as loosely gathered nations with headless leaders and weak institutions – beggar mentality. If the West so believe in democracy, how come some of their biggest trading and investment countries; Saudi and China, are not forced to democratize? India the world’s largest democracy and first of the Commonwealth of Nations to get independence – 1948, is still largely a poor nation. Flip over: China, the world’s largest Communist nation that refuse western pressures and overtures, holds the largest amount of US treasury notes – IOUs. Here is the ticker/kicker: The world’s largest Communist nation lends money to the most successful democratic nation – USA while the world’s largest democracy – India, begs anyone that shows up at the door. Now like we used to write in high school, ‘Compare and contrast’, and or Discuss!

Africa is the doormat of the world. Africans with all their doctors and doctorates can’t figure out what will work for their individual countries. Oman, has had one leader since 1970; In 1970, Oman had only 7 km of paved road, two elementary schools and a clinic that was mistaken for a hospital. At 6pm, the then Sultan would lock the gate to the city of Muscat. But Oman today, is one of the most successful countries in the Gulf region. It has paved roads, emerging companies that compete worlwide and the highest literacy rate (74%).

With a population of about 2.2 million Omanis, it has a GNP of about $60 billion. Nigeria with its 140 million people, makes about $46 billion from oil/gas (2009 figures), its single highest earner; 80% of government revenue. That is what Wal-Mart makes in less than a quarter. Costa Rica makes more money selling bananas to the world than Nigeria makes selling oil/gas. Yet, the average Nigerian mostly naive and ignorant of what makes an economy hum, sings about how rich their country is. Nigeria is the poorest nation of all the oil/gas exporting countries, and she is shameless about her image home and or abroad. It is because Nigeria’s leadership – Cabinet; looks like a college faculty, doctors and doctorate and or some education title.

Africans ought to embrace what works to make their lives better. African-Americans spend about a $1 trillion annually. Were they to become a nation, they will be the fifth largest economy in EU. Their consumption volume dwarfs all the budgets of African nations with some change left over. But they own less than 4% of US commercial real estate, less than 2% are tenured in colleges and universities, hardly have any bank listed on the stock exchange and have the largest consumption per capita compared to savings rate, with 13% of US population. Here is an example that ‘bloodline does not lie’ no matter the degree of separation. The Asians on the other hand, less than 4% of US population, have garnered about 8% exposure in US commercial transactions and ownership. There are more African-Americans holding college degrees than Jews in US. Maybe Africans seeing how their cousins in US are carrying on, say; ‘look what the most exposed and advanced black people in the world are doing’. We are excused!! How can we be spectators to our demise?

Africans erroneously believe that the World Bank, IMF and IFC, are key to their survival. But China never used the World Bank to emerge and so are other countless countries. Some months ago, a British boy flew to Kenya to sell worthless investment programs, and was able to convince their Finance Minister to buy into it. Mark you, Kenya’s President Kibaki, as a student at London School of Economics, made First Class. He is on record as the only sitting African leader to achieve such. But look where Kenya is and how its economy is: worst than that of Cuba; inefficiency, corruption, nepotism, avarice, and highest concentration of the most incompetent civil service in Africa. This is Kenya’s trademark and that of many African nations. It does not matter whether Kenya’s president was the only African Head of State to be given State Dinner during the Bush era. But maybe the two have something in common: Bush was the first US president to hold an MBA, and from Harvard. But look what he left Obama to deal with. My question: What is it that Africans missed while obtaining degrees and diplomas?

I have staked my interest to what matters in this system availing myself opportunities to enhance my knowledge and influence base, recognizing the value of effective networking which is well represented by 3 A’s – Access-Audience-Action. Africans are not effective when it comes to networking. They are more into socializing. If not, how come Obama, a man of Kenyan ancestry, is yet to show favors to Kenya? While he lived in Chicago, he once approached Kenyans there to support his campaign. What did they do? They refused and demanded that he give them money before they could assist. That was the last time he ever showed up at any Africa/Kenyan event. Now, he is President and the same people who thought they understood democracy are either looking for jobs, or busy attending one African event or another. Get serious folks.

America is just as ours as it is for anyone else. But if one chooses to remain on the fringes and is driven by nostalgia of their native country while paying lip service to mastering America and stepping forward to be involved, America will continue to pass them by.