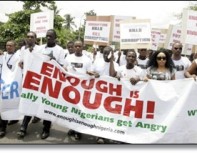 Curbing and Curtailing Corruption in Nigeria 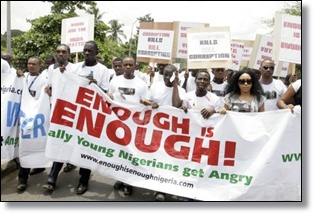 The confusion and apparent low delivery of justice as it relates to corruption and other matters of such nefarious magnitude is simply due to Nigeria’s judiciary inexperience. Nigeria’s judiciary is devoid of a clear path on how to prosecute corruption because Nigerians are not well disposed to understand there is a line between public funds and private resources. Lace that with the fact that the 1979 constitution which gave birth to 1999 constitution, clearly states that the Governors’ hold the state assets in trust for the people and so does the President for the nation. this enables and perpetuates corruption.

The constitution basically promotes and wishes on the benevolence of whoever has control of the coffers of the state or federal, instead of being an agency constitution that relies and promotes independent appropriation and allocation of public resources to the various government agencies by ways and means approved by the State Assembly and the House of Representatives. With the benevolence mentality, the Governors act as Trustees, by design and default and use state resources as they please. While that should not enable corruption, but for a people that have no clear demarcation on what is private and public, it inadvertently encourages such damaging conducts.

To curb and curtail the undue access to state funds, the constitution needs to be amended to become an agency form of resource appropriation. Each Governor as well as the President is appropriated certain percentage of the state/federal budget to run the Government House, and that percentage must be pegged not to exceed say 5%, and scaled down as the budget amount increases. Meaning: If a state has a budget of $1 billion, the Governor should receive no more than $50m, annually to run the affairs of the Government House and no more. Unless the constitution limits the undue access to state money, corruption will always remain a fact of Nigeria politics of the purse. If one does not want their yam eaten by a goat, they do not ask the goat to watch the yam, instead they keep the goat away and or on a leash.

For the judiciary, EFCC must be made independent of the Presidency and allowed to investigate as well as pursue treaties with foreign agencies in their fight of corruption. A good example can be copied from US FBI, which is the only US federal agency that prosecutes public officials for corruption and also can pursue criminals that may have committed economic crime against US abroad. The FBI does not need the authorization of US president to pursue and prosecute public officials for corruption nor to go overseas to set up shop in pursuit of activities that are deemed anti-US as it concerns corrupt practices. There is a body of knowledge to copy from but the question always, Nigeria lacks the political will to engage in what will enhance the collective existence of the nation. Everyone has their hand in the cookie jar. It is often the singled-out culprit that is taken to be chopped off.

Nigeria is a banana republic whereby whoever gets to the ‘banana’ eats as mush as they want. To think of it, then East Central State Sole Administrator late Ukpabi Asika; 1967-1975, sang to that by saying in unequivocal terms, it is a turn by turn affairs, in other words, embezzle as much as one can because it is their turn.

Nigerians since then have seen public resources as God buttering their bread and often behaves like kids in a candy store – stealing in day light and having people dance and sing to such nefarious conduct. A people that willingly and wittingly steal and rob themselves, only have themselves to blame. Nnamani, Ohakim, Ibori, etc., and all others may have fallen into the wrong side of the political equation. An example needs to be made of them but selectively prosecuting does not do well to enhance justice nor does it entrench deterrence on future occurrences. It is awful and very damaging.