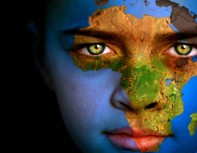 If a Leopard does not change its spots overnight and no matter the cloning, a monkey does not become a dog, what is the likelihood that Africa, the origin of mankind, will change overnight?

I wonder why did the continent that gave so much to the world seemingly has nothing to offer. Africa needs a dose of new beginnings. I am always keen on ideas proffered by the leadership to launch or re-launch Africa. From the Organization of African Unity to the African Union and now the United States of Africa. Will Africa emerge? That a continent that contains the world’s sought after natural resources and good climate is unable to sustain its people and is the doormat for other nations is a paradox.

Of the 10,000 or so mega-corporations that influence the world’s economic order (which unsurprisingly, get their raw materials from Africa) neither is headquartered in Africa nor has an African head. The marquee of most of the world’s mega-stock exchanges have vague records on corporations owned by Africans; meaning African owned companies are not listed. Although Ashanti Goldfields appeared on the New York Stock Exchange in the 90s, its existence was short-lived and was soon delisted for lackluster performance. The fact that Boutros Boutros Ghali of Egypt and Kofi Annan of Ghana, have headed UN and Rilwanu Lukman of Nigeria headed OPEC  has not translated to Africa’s improved image.

Why is Africa unable to improve the conditions of its people? If Timbuktu is considered to have had a university that predated Oxford and Harvard [two of the world’s foremost and oldest formal institutions], how come education in Africa is still at its lowest? Africa’s sons and daughters have graduated from reputable institutions and yet, their education has not transformed the continent. If it is the same ‘one-plus-one’ others learned and used to improve their lot, how come when an African learns the same thing, it does not lead to a similar outcome?

Having something and doing nothing does not transform life and definitely no wealth. What transforms life is doing something with the resources that nature has given.It is just not good enough to have something: one must endeavor to go another step and do something with it in order to improve the living standards.

The sum of the parts have to be strong to make the whole stronger and better, will Africa becoming a United States of Africa really make a difference? Will mere change of name really transform an organism without the core values that really transform? With many African nations largely dependent on foreign aid, will coming together strengthen the weakened condition?

With the present crop of leaders driven by greed desiring to remain in office for life, siphoning resources from their native country to accounts overseas, should such people propose the United States of Africa? Shouldn’t they strive to strengthen the condition of each country before seeking alignment with the region or the entire continent? Until African countries become successful (not as measured using foreign templates but by local citizens) any move for a United States of Africa will be a pure waste.

While the idea of United States of Africa makes sense and sounds good, I am hesitant to jump up as if this is an elixir or Eureka. The 53 or so oddly stitched and lumped African nations have yet to individually offer their people a place where they can live and enjoy life to its fullest. Some of the world’s longest and oddly serving presidents are in Africa. Africa’s leadership still sees its role as paternalistic. Before the United States of Africa should even become an agenda, African leaders must put in place mechanisms that will spur productivity consequently improving the living standards of their people.

War and conflicts must be discouraged and rule of law entrenched. Trading within and among African nations must be seen as the first step. When suitable, appropriate, and if it serves their interest better, African nations should elect to barter their natural resources for its dollar equivalent in order to attract certain technologies or development. Since most African countries have weak currencies orchestrated by poor fiscal and monetary policies, they are not able to negotiate strong trading deals. As a result, their natural resources, subject to commodity fluctuations occasioned by manipulation of western institutions end up earning less money.

Until the sum of the parts are strong, the resulting whole will not be strong. The world is impatiently waiting for Africa to re-claim its due place in the comity of nations. Whether this is a lip service or not, in the twenty first century, no one who gets to a traffic light when the signal is ‘green’, waits and asks other drivers if it is okay to proceed.

There is some merit in mulling the idea of a United States of Africa, but certain conditions must pre-exist in order to see the idea metamorphose to something probable and not just possible. The merits of regional economic cooperation with the attendant larger economy of scale, makes the idea palatable. Africa must learn that being selective and playing a little hard to get, heightens the value and makes the outcome more desirable. The time has always been there to do the right thing. However, if the call for a US-of-Africa will ignite a different passion for positive collective existence that will bring back what history dubs ‘Africa’, all hands must be on deck to see its fruition.